We are born, live and die beneath the moon. It is as vital to human life as the sun. Historically, the moon has been revered and it has been worshipped, even praised. It marks the passage of time, the movement of water and blood, and it even controls our brains. This installation takes its inspiration from the story of the Greek goddess Selene who fell in love with human Endymion. In order to preserve his beauty, he gave permission to be cast into an eternal sleep by Zeus. To reaffirm this ancient link and reimagine this vision in a modern context, we used a brainwave scanner to generate patterns of moonlight on a pool of water. This bridge between subconscious and conscious thought reflects our own gaze towards the night sky and the flux of light, darkness and desires that pass between dream and reality.

The primary item of technology being used in this piece is the headset, which is an electroencephalogram (EEG) that registers neural activity and sends this data to be interpreted into its audio component. This headset is a more convenient form of what can be found in many hospitals and other clinical environments. Brain activity is immensely complex, but the headset detects varying degrees of neural oscillation – what are more commonly called brain waves – in the alpha, beta, gamma, delta and theta frequencies. These are associated with different forms of activity like concentration, relaxation, inhibition, sensation and so forth. 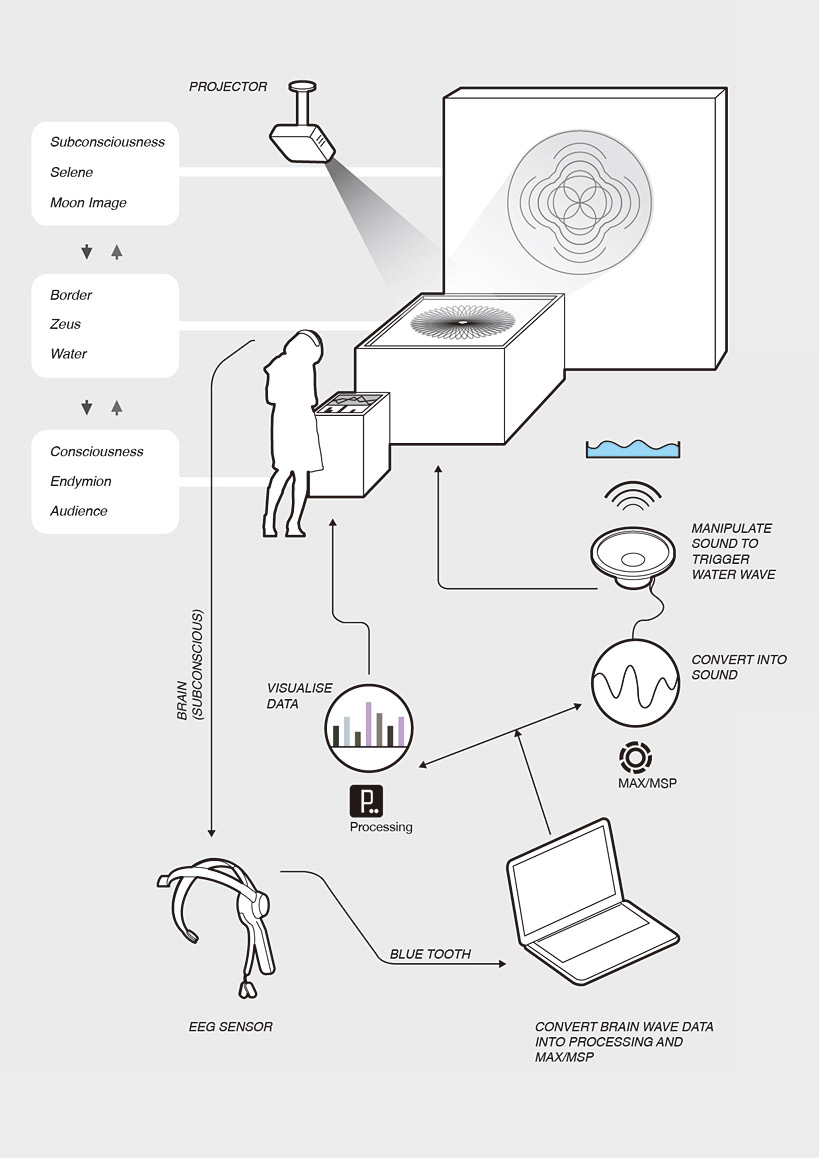